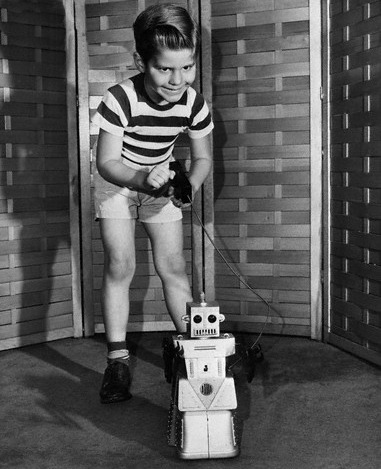 What follows is a sketch, the foundation of a propaganda model, focused on what I’ll call the ‘AI Industrial Complex‘. By the term AI Industrial Complex, (AIIC) I mean the combination of technological capacity (or the lack thereof) with marketing promotion, media hype and capitalist activity that seeks to diminish the value of human labor and talent. I use this definition to make a distinction between the work of researchers and practical technologists and the efforts of the ownership class to promote an idea: that machine cognition is now, or soon will be, superior to human capabilities. The relentless promotion of this idea should be considered a propaganda campaign.

If There’s No AI, What is Being Promoted?

It’s my position there is no existing technology that can be called ‘artificial intelligence’ (how can we engineer a thing we haven’t yet decisively defined?) and that, at the most sophisticated levels of government and industry, the actually existing limitations of what is essentially pattern matching, empowered by (for now) abundant storage and computational power, are very well understood. The existence of university departments and corporate divisions dedicated to ‘AI’ does not mean AI exists; it’s evidence there’s powerful memetic value attached to using the term, which has been aspirational since it was coined by computer scientist John McCarthy in 1956. Once we filter for hype inspired by Silicon Valley hustling (the endless quest to attract investment capital and gullible customers) we are left with promotion intended to shape common perception about what’s possible with computer power.

As an example, consider the case of computer scientist Geoffrey Hinton’s 2016 declaration that “we should stop training radiologists now” Since then, extensive research has shown this to have been premature, to say the least (see “Use of artificial intelligence for image analysis in breast cancer screening programmes: systematic review of test accuracy“).

It’s tempting to see this as a temporarily embarrassing bit of overreach by an enthusiastic field luminary – yet another example of familiar hype but let’s go deeper and ask questions about the political economy underpinning this messaging excess.

Radiologists are expensive and, in the US, very much in demand (indeed, there’s a shortage of qualified people). Labor shortages typically lead to higher wages and better working conditions and form the material conditions that create what some call labor aristocracies. In the past, such shortages were addressed via pushes for training and incentives to workers (such as the lavish perks that were common in the earlier decades of the tech era).

If this situation could be bypassed via the use of automation, that would devalue the skilled labor performed by radiologists, solving the shortage problem while increasing the power of owners over the remaining staff.

The promotion of the idea of automated radiology – regardless of actually existing capabilities – is attractive to the ownership class because it holds the promise of weakening labor’s power and increasing – via workforce cost reduction and greater scalability – profitability. I say promotion, because there is a large gap between what algorithmic systems are marketed as being capable of, and reality. This gap, which, as I stated earlier is well understood by the most sophisticated individuals in government and industry, is unimportant to the larger goal of convincing the general population their work efforts can be replaced by machines. The most important outcome isn’t thinking machines (which seems to be a remote goal if possible at all) but a demoralized population, subjected to a maze of crude automated systems which are described as being better than the people forced to navigate life through these systems.

A Factor Among Factors

Technological systems – and the concepts attached to them – emerge from, and reflect the properties of the societies that create those systems. Using the Hegelian (and later, Marxist) philosophy of internal relations, we can analyze both real algorithmic systems and the concept of ‘AI’ as being a part of the interplay of factors that comprise global capitalist dynamics – both actor and acted upon. From this point of view, the propaganda effort promoting ‘AI’ should not be considered in isolation, but as one aspect of a complex.

What defines hype and what differentiates standard industry hype from a propaganda campaign?

Hype (such as marketing material that makes excessive claims – for example, AI reading emotions) is narrowly designed to attract investment capital and customers. Hype should be considered a species of advertisement. Propaganda has a broader aim, which is described by Jacques Ellul in his work, Propaganda.

Describing one of the four elements of propaganda, and bridging from advertising to propaganda, Ellul writes…

“Public and human relations: These must necessarily be included in propaganda. This statement may shock some readers, but we shall show that these activities are propaganda because they seek to adapt the individual to a society, to a living standard, to an activity. They serve to make him conform, which is the aim of all propaganda. In propaganda we find techniques of psychological influence combined with techniques of organization and the envelopment of people with the intention of sparking action.”

As the model of AI as propaganda is constructed, the works of three thinkers will provide key guidance:

As already noted, Ellul’s key work on propaganda (which, I think, was the first to apply sociology and psychology to the topic) is a critical source of inspiration:

“Propaganda is first and foremost concerned with influencing an individual psychologically by creating convictions and compliance through imperceptible techniques that are effective only by continuous repetition. Propaganda employs encirclement on the individual by trying to surround man by all possible routes, in the realm of feelings as well as ideas, by playing on his will or his needs through his conscious and his unconscious, and by assailing him in both his private and his public life.

The propagandist also acknowledges the most favorable moment to influence man is when an individual is caught up in the masses. Propaganda must be total in that utilizes all forms of media to draw the individual into the net of propaganda. Propaganda is designed to be continuous within the individual’s life by filling the citizen’s entire day. It is based on slow constant impregnation that functions over a long period of time exceeding the individual’s capacities for attention or adaptation and thus his capabilities of resistance”

The relentless promotion of the idea that automation is on the verge of replacing human labor can be interpreted as being part of an effort to create a conviction (there is artificial intelligence’, it cannot be stopped) and compliance (resistance to ‘AI’ is retrogressive Luddism).

In their book, ‘Manufacturing Consent’ Chomsky and Herman present a model of propaganda via media:

“The third of Herman and Chomsky’s five filters relates to the sourcing of mass media news:

The mass media are drawn into a symbiotic relationship with powerful sources of information by economic necessity and reciprocity of interest. Even large media corporations such as the BBC cannot afford to place reporters everywhere. They concentrate their resources where news stories are likely to happen: the White House, the Pentagon, 10 Downing Street and other central news “terminals”. Although British newspapers may occasionally complain about the “spin-doctoring” of New Labour, for example, they are dependent upon the pronouncements of “the Prime Minister’s personal spokesperson” for government news. Business corporations and trade organizations are also trusted sources of stories considered newsworthy. Editors and journalists who offend these powerful news sources, perhaps by questioning the veracity or bias of the furnished material, can be threatened with the denial of access to their media life-blood – fresh news. Thus, the media has become reluctant to run articles that will harm corporate interests that provide them with the resources that they depend upon.

The dependence of news organizations on press releases from Google and other tech giants that promote the idea of ‘AI’ can be interpreted as being an example of the ‘symbiotic relationship, based on reciprocity of interest’ Chomsky and Herman detail.

The concept of “artificial intelligence” is aspirational (like ‘warp drive’) and does not describe any existing or likely to exist computational system. Despite this, the concept is promoted to attract investment capital and customers but also, more critically for my purposes, devalue the power of labor – if not in fact than in perception (which, in turn, becomes fact). For this reason, I assert that ‘AI’, as a concept, is part of a propaganda campaign.

The promotion of the concept of AI, as a propaganda effort, has several elements:

* Techno-optimism: The creation of thinking machines is promoted as being possible, with little or no acknowledgement of limitations.

* Techno-determinism: The creation of thinking machines is promoted as being inevitable and beyond human intervention, like a force of nature

* An Elite Project: Although individual boosters, grifters, techno enthusiasts and practitioners may contribute within their circles (for ex. social media) to hype, the propaganda campaign is an elite project designed to effect political economy and the balance of power between labor and capital.

* Built on, but not limited to, hype: There is a relationship between hype and propaganda. Hype is of utility to the propaganda campaign but the objective of that campaign is broader and targeted towards changing societal attitudes and norms.

I use the term attack mannequins to describe this complex – lifeless things, presented as being lifelike, used to assault the position and power of ordinary people.

In this video, YouTube Essayist Tom Nicholas details the efforts Waymo has made to convince people – via the use of YouTube ‘educators’ – that autonomous vehicles are a perfected technology, superior to human drivers and a solution to traffic safety and congestion issues.

Nicholas makes the point that inasmuch as the Waymo ‘autonomous’ taxi service (supported by a large staff of people behind the scenes) only operates in a subsection of the suburbs of Phoenix, Arizona USA, the PR campaign’s goal can’t be explained as advertising; it’s part of a broad effort to change minds.

In other words, propaganda.