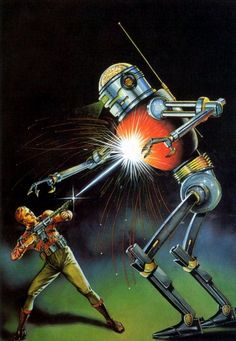 As with death and taxes, you can be certain that whenever a video showing a Boston Dynamics robot is shared on Twitter, there are three reliable formulations:

Typically missing are considerations of BD’s business model; who are the customers and what are these robots actually good for, if anything? I decided to do a bit of research – not very deep to be sure but, enough to go beyond social media flailing about.

The sensible place to start was Boston Dynamics’ website which is, unsurprisingly, polished, showcasing production robots such as ‘Stretch‘, ‘Spot‘, ‘Pick’ and of course, everyone’s favorite dancer/supposed robot overlord, Atlas.

The production robot use-cases – per the website – are warehouse operations (where Pick seems a bit in the way) and hazardous conditions operations (Spot’s supposed value-proposition). I didn’t see mention of Spot’s use by police forces as a remote controlled proxy.

Let’s get to Atlas, which is usually the star attraction and undoubtedly a customer and investment attractor for BD. I found a presentation by Scott Kuindersma, Research Scientist and Atlas Project Lead which provides solid, down-to-earth information about how this robot works.

Kuindersma describes Atlas as a demonstration platform. This is important to note because it separates this machine from production offerings. BD’s non-trivial achievement is building a system that can find its center of mass (a centroidal solution) and perform from a catalog of actions.

Atlas’ actions are defined ‘offline’ (i.e., virtually, via computational modeling) and then applied ‘online’ in the real-world. A system called Model Predictive Control puts Atlas’ library of motions to use while 3D plane fitting algos enable navigation through an environment.

As of June 2020, Kuindersma and his team’s focus was building a library of actions for Atlas that would enable it to perform parkour – or something close to it. This will surely be impressive and no doubt lead to further customers and investment.

Now, let’s ask ourselves, who is helped by BD’s work and what are the most likely use-cases? Videos of the warehouse robots show machines that seem slow and inefficient when compared to people. Boxes are moved from points A to B but lots of people – not shown in the videos – are surely required.

Spot, as we’re seeing, is finding use by police forces, for industrial inspection and by militaries. In a way, Spot can be viewed as an earth-bound drone. We can anticipate seeing it deployed in much the same way other remote operated devices are being used – for surveillance and perhaps distance violence.

Atlas, as a research platform, is obviously meant to both advance the state of the art and provide dream-fuel for those who long to see autonomous machines moving among us. The ‘AI’ dream is certain to be dashed but we can foresee remote operation scenarios that are just as dystopian.

Boston Dynamics efforts do bear watching. Not because Atlas – or some successor platform – will, Hollywood-style, grow weary of us and take over the world. Rather, that, as always, people will be behind the curtain, using the veil of machine distance to obscure culpability.