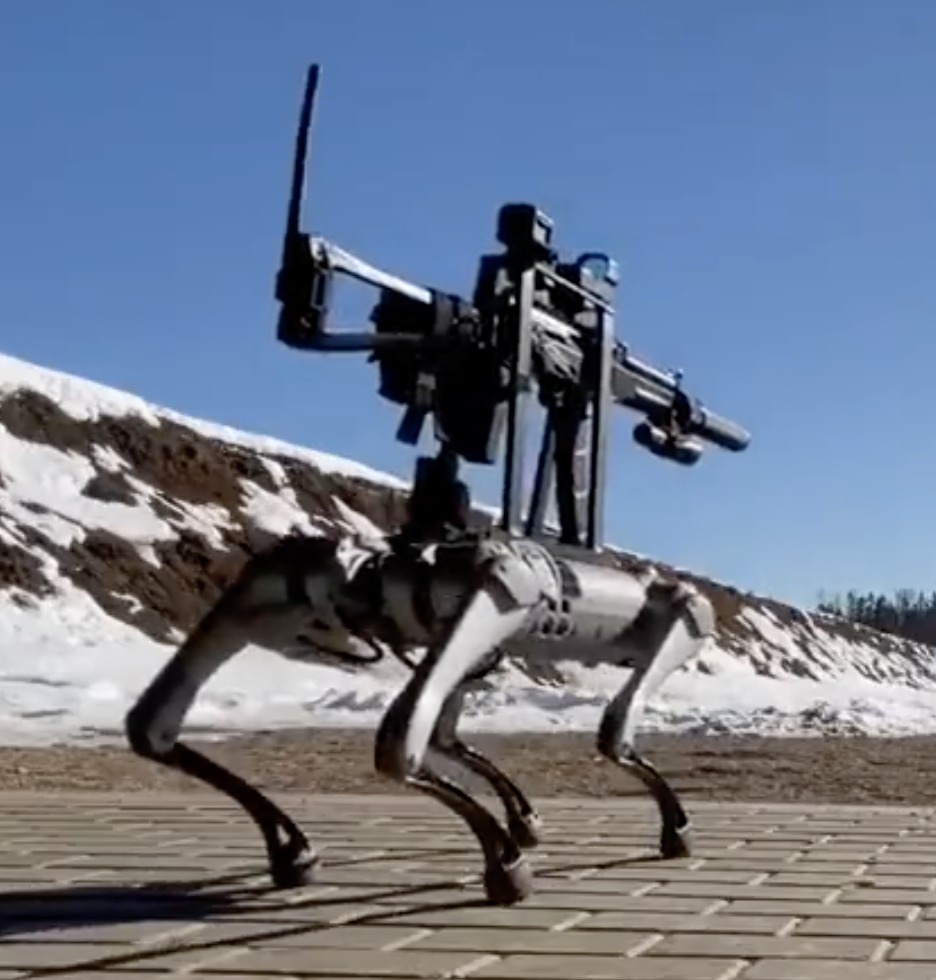 Usually, I try to start these essays with an anecdote to lead you, the esteemed reader, into my topic. These anecdotes lead me into a subject too; a warm up to get the writing process flowing.

For this brief essay, which is about yet another video posted to Twitter about a supposedly autonomous killing machine, I’m thinking of the classic shell game, which is described in this (obligatory) Wikipedia article:

The shell game (also known as thimblerig, three shells and a pea, the old army game) is often portrayed as a gambling game, but in reality, when a wager for money is made, it is almost always a confidence trick used to perpetrate fraud. In confidence trick slang, this swindle is referred to as a short-con because it is quick and easy to pull off. The shell game is related to the cups and balls conjuring trick, which is performed purely for entertainment purposes without any purported gambling element.

A confidence trick, a fraud. What do I mean when I use these words to describe the machine gun toting, robot ‘dog’?

The video shows a machine, very similar to Boston Dynamics’ Spot (which I discuss in this essay, Boston Dynamics, A Brief Inquiry) moving on a course with its spindly legs, firing an automatic weapon.

It’s implied that what we’re seeing is, as in that often cited Black Mirror episode ‘Metal Head‘, an autonomous machine which can roam on its own, killing people using some form of silicon intelligence, tuned for lethality.

What we’re really seeing is a remote controlled system, whose true purpose is obscuring the bullet’s source, the hand pulling the trigger.

The evidence is in the video.

Take a close look at what we see in this still excerpt; a military transport vehicle, sitting idly by for no apparent reason. This is the controller, hidden in plain sight (the operator could just as easily have been outside) to give the appearance of autonomy.

The relationship between controller and machine is no doubt more or less what you see in this image of New York Mayor Eric Adams controlling a Boston Dynamics spot:

Now let’s take a closer look at the ‘dog’ unit:

A grounded, materialist, less science fiction informed examination of this image tells the story (well that, and the fact there is no machine Intelligence and certainly not within the form factor of this device): this is a remote controlled device, a drone. What appears to be a VHF whip antenna is clearly visible along with control interfaces and a camera for navigation.

One additional bit of information can be found in this image:

This shot, probably by accident because someone thought it was cool, reveals what’s behind the curtain: the camera’s view is directly of the gunsight which is certainly what the controller, sitting in the military transport vehicle, sees via a display. The robot ‘dog’ though it exhibits dangerous potential, is not the harbinger of a new form of self-directed killbot but rather, the harbinger of a new class of remote controlled drone, designed, like their UAV cousins, to obscure culpability.

What is the True Danger?

In addition to climate change, the lingering possibility of nuclear war and the unraveling of neoliberal capitalism which, at the height of its power as a social form, was sold as being history’s last stage, we face the coming to earth of the military drone, long a menace to people around the world and arriving, as all military ideas eventually do, to a street near you.

So, we should agree there is a danger. But it’s not the science fiction danger of sinister machines, free of human control. It’s the danger of remote operated systems, used to harass and kill people while obscuring the source of this harassment and death. It’s easy to imagine a scenario: someone is killed by a police officer but the tools of body cams and eyewitness testimony are removed; the device from which the bullets flew is controlled by an unseen operator, indemnified from responsibility like the drone operators remotely flying machines over contested territory.

Earlier I mentioned the shell game which is this: the sleight of hand, performed via carefully shot marketing material, which leads our thoughts away from who is pulling the trigger into talking endlessly, and in terrified circles, about the same, tired science fiction tropes.

It’s time to put Black Mirror away to see the true danger taking shape, right before our eyes.